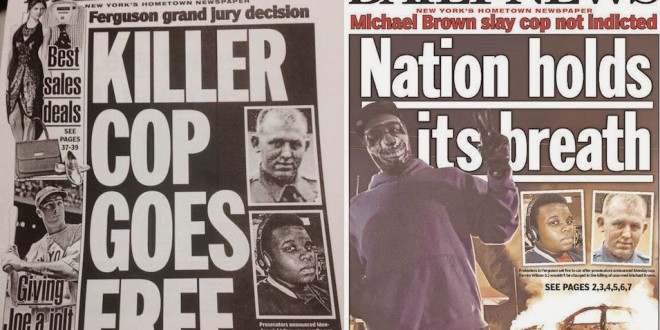 Last night, New York Daily News Brooklyn court reporter Oren Yaniv tweeted out what appeared to the Tweetdeck passerby to be the next day’s cover of the paper, which announced “Killer Cop Goes Free.” Many were displeased by such an incendiary headline, including trusty Brit Hume. Yaniv later revealed the cover was just a mock-up. It did not actually get used. This morning’s printed cover hedged its bets, telegraphing a sense of anxiety over protests rather than outrage at the decision.