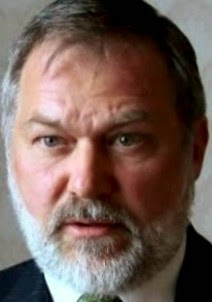 “I want you to recognize what a great victory we have achieved in this campaign. A Missionary Pastor with an inner-city church that seats just 45, mostly
street-people, ran a part-time campaign, serving as his own campaign
manager, with only 20-30 campaign volunteers (only about half of whom
dedicated more than 40 hours to the effort), and a budget of just
over $25,000. Deliberately (by the prompting of the Holy Spirit) limiting his campaign activities only to those public appearances and media interviews to which he was invited (not trying to win the seat in his own strength but staying out of the way to let God pull the strings), he (by conservative accounts) handily won the two major debates in which he appeared, shocked the hosts, audience and fellow panelists in every forum with his boldness and candor, and preached the unvarnished Gospel of Jesus Christ in nearly all of the 30 or so public events in which he appeared. I believe my faithfulness in stepping out into the political arena to
preach the gospel has spiritually broken the back of the anti-Lively
coalition and demolished its campaign of defamation.  The public has
seen me in the debates and other venues and know I am a sincere and
kind-hearted Christian man, whether or not they agree with my
views.  They will never again believe the vicious LGBT lies trying to
paint me as a genocidal monster.  The Lord has vindicated me in an
entirely unique way..” – Scott Lively, who took 0.9% of the vote but says he so enjoyed campaigning that he will run for office again.

Previous MISSOURI: 21 Year-Old Man Rewarded With $100 After Renouncing Gayness
Next Whatever Obama Wants, Ted’s Agin’ It