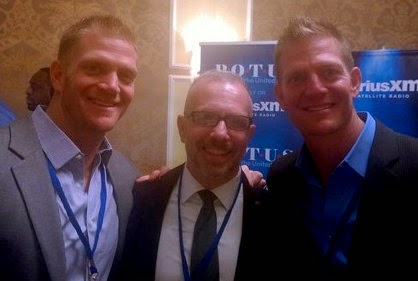 “The Benham brothers have attributes and just a general vibe that, for years, have translated as ‘gay.’ But obviously there are a lot of straight men, even homophobes, who now exhibit these characteristics, seemingly free to act on their creative instincts, more comfortable about it — precisely because of the queer movement’s challenge to conventional ideas about masculinity. Some of these men might be bisexual, openly or not. But a few years ago straight men who were something like this were labeled with the (dreadful) term ‘metrosexual,’ except metrosexuals were straight guys who were secure in being fashionable in part because they completely accepted homosexuality and supported gay rights. The Benhams decidedly do not. So have gay men actually liberated many straight men to the point that they can appropriate ‘gayness’ even while still being virulently anti-gay? And is that a good thing or a bad thing?” – Michelangelo Signorile, who found the Benhams “a bit flirty” during a recent interview.