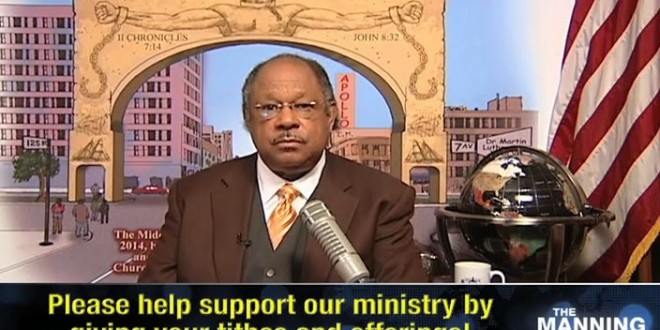 “This is not a quietly kept secret, but Starbucks really has discovered that sodomites love the taste of semen in their lattes. And Dracula loves to drink blood. I’m mean, this has been going since child sacrifices have been happening. There are people who love to drink semen and who love to drink blood, and so many of the people that attend Starbucks, you know, are there for the purpose of a partner-less sexual oral experience! Nine dollars! That’s cheaper than a 42nd Street streetwalker! For nine dollars at Starbucks you can have an oral sex semen-laced latte and have the same kind of pleasures if you like drinking that kind of stuff. I think that parents and church members and others that walk past Starbucks and see people with such delights on their faces and cups up to their lips, they need to know what’s going on. People are saying that I’m off my rocker by suggesting that Starbucks has found a way to have sex in public for nine dollars a hit. And they’re trying everything to smear me. No! It is true! It is absolutely true about Starbucks and semen in their lattes.” – Harlem hate Pastor James David Manning, doubling down on his claim that Starbucks laces its lattes with “sodomite semen.” Also: Coco-Cola has a formula for synthetic cocaine that South American drug lords are desperate to get their hands on.

Previous Ben Carson: I Can Feel The Fingers Of God Telling Me To Run For President
Next SEOUL: Christians Storm Into City Council Meeting, Thwart LGBT Rights Panel