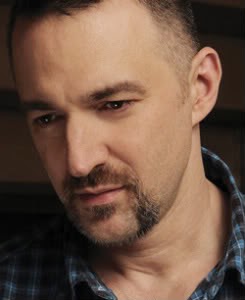 “We won’t have a faggot in our house.”

Those are the words M heard after his mother died of cancer. He was 16. His mom had loved and accepted him. But not his aunt and uncle. They took in his little brother, but left M to fend for himself in the streets.

M lived in a town in Florida that had no youth shelter. He and about 20 other homeless kids slept on the floor of an unlocked building in the town park. He used his knapsack with his school books and his toothbrush and deodorant inside as his pillow. Those were the good nights. The bad nights were when the police chased them out. On those nights he tried to sleep in an abandoned lot, hidden in the weeds. Those nights his allergies tormented him; his eyes and throat swelled, and he struggled to breath.

No matter what kind of night he had, M went to school every day. He did it to honor the memory of his mom, who said she would kick his butt in the afterlife if he didn’t get an education. Despite the soul-shattering hardships he endured, he graduated at 18.

“As soon as I get the chance, I’m going to kill you, you fucking faggot.”

Those are the words one of M’s friends heard when he walked through the courtyard into the youth shelter where most of the beds for New York City’s homeless youths are located. Despite local and federal regulations that mandate that youth shelters be in homelike environments with no more than 20 beds, NYC has crowded hundreds of kids into that shelter. Many LGBT kids report being bashed and harassed by the numerous gang members who stay there. M came to New York City after he graduated from high school, and tried to stay at there. But after being attacked too many times he ended up sleeping in the subways.

I met M the day he moved into one of the Ali Forney Center’s homelike shelters after sleeping in the subways for six months. That was a really good day for M. He has had some wonderful days since; like the day he was accepted into college, and the day he got hired for his job counseling other teens. Those were good days for the Ali Forney Center as well, as have the been the joyful days in recent months when over 40 of our youths in our new job training program have been hired.

But we have had some really bad days. Since the federal sequestration and it’s vast cuts we have lost about $1 Million in government funding. I have been struggling to pay our rents and our food bills, and keep our programs going. I don’t sleep in a vacant lot, but I have had more than my share of sleepless nights worrying about the future of the Ali Forney Center.

But in the end I trust we will go forward. Our work of housing and protecting homeless LGBT youths must survive and grow. Too many of the LGBT kids we care for have endured cruelty, violence and contempt in their homes and in other shelters. Over 1,300 kids a year from across our country rely on the Ali Forney Center to provide a home where they are protected and accepted for who they are. I trust that our work will go on, because I trust in the goodness of our community. I was very frightened after Hurricane Sandy destroyed our drop-in center, and yet so many in our community showed me that they would stand by our us in our devastation. The sequestration is a different kind of storm, a storm made by cruel politics, not weather. But no less devastating, especially for the poorest, most vulnerable youths of our community.

I thank Joe, and all of the members of the JoeMyGod community for standing by us with kindness and generosity for many years. Once again, I ask that you stand by us and our youths in a difficult time. Happy Thanksgiving!

NOTE FROM JOE: I’d like to echo Carl’s thanks to the JMG community. Carl gives a lovely shout-out to you folks every year at the Ali Forney Center’s annual fundraiser, as so many of you have been so very generous over all these years. It’s a wonderfully proud moment for me. If you are considering make a donation this year, you can do that here. You can also make donations on PayPal by using this email: [email protected]

In addition, there’s an AFC’s campaign at IndieGoGo, where “perks” are awarded at various donation levels. The top donation level gets you lunch with famed Brat Pack actress Ally Sheedy, one of Ali Forney’s most ardent supporters. Again, thanks so VERY much to all you. Have a wonderful Thanksgiving, whether you celebrate with your biological family, or as Armistead Maupin famously calls it, your logical one.