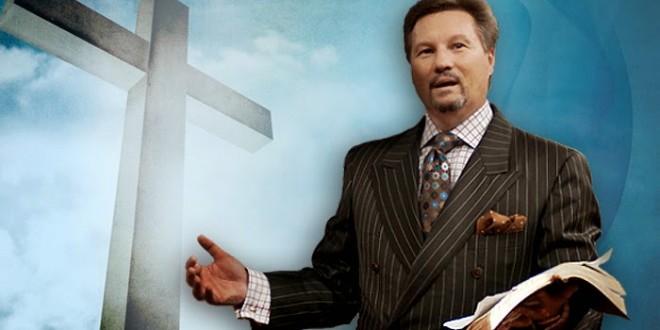 UPDATE: Swaggart has had the clip pulled via a copyright claim. Here’s how Right Wing Watch recapped the clip:

During the show, Swaggart asserted that, like ISIS, gay rights activists in America would publicly behead Christians if they could get away with it. “All of this is to shut the Bible up,” Swaggart declared. “They want the Bible gone. And I’m going to make a statement: These people that are trying to do this in Houston, the only difference between them and ISIS, those thugs in Iraq, is those here cannot chop our heads off. That’s the only difference. The heart is the same. The heart is the same. If they could silence us that way to intimidate others, that’s exactly what they would do.”

I’ll repost the clip once RWW does its thing with the YouTube police.