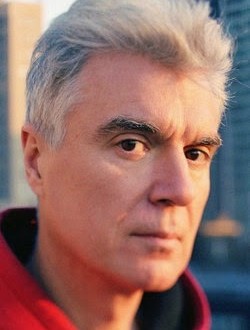 “Barry Manilow’s new album My Dream Duets is all duets with dead people. He sings with Marilyn Monroe, John Denver and Mama Cass, among others — a dream come true for him, as the album title makes clear. The listening experience is uncanny — the dead sound remarkably alive. This is not someone interjecting comments over a scratchy LP or patently lo-fi recording (like the surviving Beatles singing and playing with the late John Lennon). Here, the dead sound like they are fully contemporary. Although the performances on this record never really took place, sound takes precedence over intellect, as all of us who enjoy music know. You will believe. You can reason as much as you like that this never happened, but your senses tell you it did.

“The same can be said of most recordings over the last 40 years. The disconnect is the way we live now. What we see, hear and feel is not necessarily what is actually going on. We can no longer trust our senses. Then what do we trust? In this way Mr. Manilow’s record is profound, bluntly confronting us with this cognitive dissonance. He never conceals the fact that he’s duetting with his favorite dead singers, free of the risks involved in getting their permission, let alone in actually collaborating. But once the digital patchwork is complete, he and his partners sound unanimously chummy and affirmative and defect-free. It’s creepy, but only in your head. – David Byrne, writing for the Talkhouse.

It’s the introduction that’s creepy in my head.

Previous DeMaio Concedes
Next KANSAS: Westboro Appeals To The Tenth