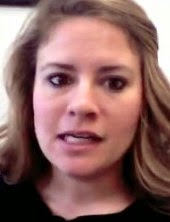 The Christian group Morality In Media is ever so pissed about Harvard’s Sex Week, which is a student-sponsored sex education series of seminars currently underway. Via Charisma News: