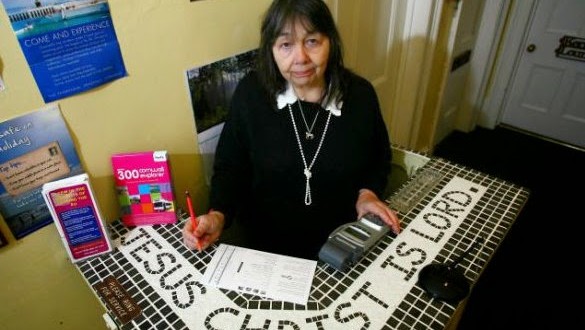 BRITAIN: Christian Group Battles For The Right To Discriminate Against Gays

Britain’s Coalition For Marriage (C4M) is continuing their battle for a “conscience clause” which would allow Christian-owned businesses to refuse to serve gay people. You might recall that during Britain’s campaign for marriage equality, C4M posted dozens of anti-gay clips in the style of the infamous Minnesota Marriage Minute series, in which a dour-faced woman contended that civilization would come crumbling down once them there gays got their way. The latest push by C4M stars Hazelmary Bull, the bed-and-breakfast owner who lost multiple court cases in her battle for the right to turn away same-sex couples.

Previous Tweet Of The Day – Ben Shapiro
Next TEXAS: State Claims To Be Surprised By Request To Lift Marriage Stay