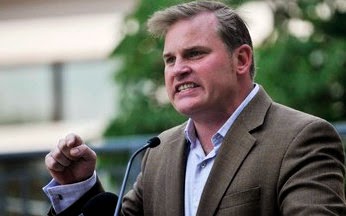 “We have been awaiting this decision for some time and welcome it not only as a tremendous victory, but as a common sense recognition that it is not for the federal courts to substitute their judgment about whether same-sex ‘marriage’ is a good idea or not, but to leave it to the people to make the decision about this fundamental institution. The justices of the Supreme Court were derelict in their duty when they refused to review the marriage cases previously before them. They now have no excuse. We call on the Supreme Court to stand for the proposition that men and women of good will across this land have the right under their constitution to preserve marriage in the law as it has always existed in reality, the union of one man and one woman.”

“The Sixth Circuit was certainly correct to frame the question before them as ‘who decides?’ and we wholeheartedly agree that the American people should decide this issue. But the majority is wrong to suggest that voters have changed their minds. In fact, in the vast majority of states that now have redefined marriage, it’s been judges and not voters who have done this. The movement to redefine marriage does not benefit from having momentum, it benefits from the exercise of raw political power by federal and state judges and politicians bent of imposing their politically-correct view of the world on the American people.” – Hate group leader Brian Brown, via press release.