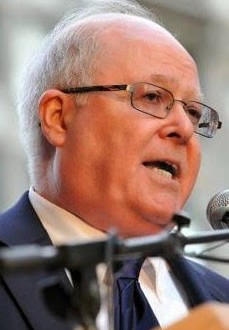 “He likes to hide his camera in the smoke-alarm over his bed, videoing kinky sex with his boyfriends. He is one of the biggest porn kings in American history, making a fortune off of ‘barebacking’ videos – the kind of unprotected sex that led directly to AIDS. And when he is not bundling hundreds of thousands of dollars for President Obama, he is riding with him on Air Force One. He was arrested last week in his Portland, Oregon home for rape. Charged with a felony, he is accused of sodomizing a teenage boy in 2013. Meet Terrence Patrick Bean. If a Catholic bishop does not call 911 at the drop of a hat regarding dirty pictures possessed by a priest, he is upbraided by the media and gay leaders. But when a gay superstar is arrested for raping a minor, the same critics say nothing. They never did care about the kid – just the identity of the abuser.” – Bill Donohue, writing for the Catholic League.