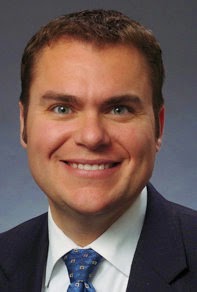 Yet Another Carl DeMaio Scandal

Another day, another scandal for homocon US House candidate Carl DeMaio, whose campaign is now being accused of secretly authoring a UT San Diego editorial that slammed his opponent, Democratic Rep. Scott Peters.

Controversial and highly disputed emails provided to NBC 7 Investigates include statements from Congressional candidate Carl DeMaio where he appears to be bragging about his campaign writing a UT San Diego editorial that was highly critical of DeMaio’s opponent and had a “UT San Diego editorial board” byline. Former DeMaio staffer Todd Bosnich said he and campaign spokesman Dave McCulloch were the authors of an editorial entitled “Scott Peters and the Mount Soledad Shuffle.” The emails provided to NBC 7 indicate that after the editorial ran, McCulloch reached out to a consultant, other campaign staff and the National Republican Congressional Committee (NRCC) boasting that “UT San Diego scorched Peters over the Soledad Cross today, saying ‘Peters has a history of being both slippery and insubstantive’ and that ‘rewriting his own history and ducking responsibility for his actions have always come easy to Scott Peters.’” In response, Alleigh Marree of the NRCC said: “This is great. Will be able to use these lines A LOT.” In the email thread provided to NBC 7 Investigates, DeMaio wrote back, “Well, we did wrote (sic) it ourselves.”

The UT San Diego is denying NBC’s claims. The paper is owned by major Prop 8 donor and hotel mogul Doug Manchester, whose properties were targeted with boycotts in the wake of the referendum’s passage. DeMaio has financial ties with Manchester that go back more than a decade and the paper has endorsed DeMaio. A poll issued early this week showed DeMaio and Peters in a dead heat. Their race is one of the most closely watched in the nation.