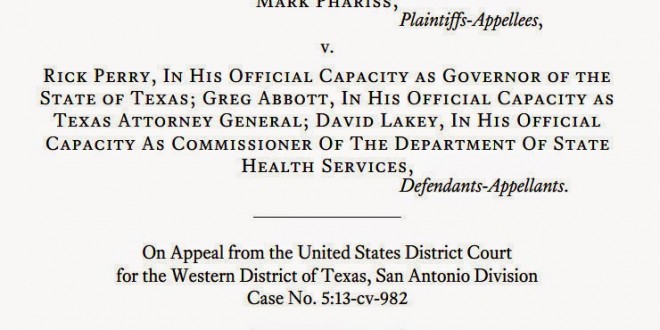 Texas Attorney General Greg Abbott has filed a reply brief to the Fifth Circuit Court in which he declares that same-sex marriage will lead to straight couples having fewer babies. Via the Houston Chronicle:

The new filing largely reiterated the same “responsible procreation” argument Abbott made in July, when the state first appealed a a February district court’s ruling overturning the Texas gay marriage ban. In it, Abbott argued marriage among heterosexual partners is more beneficial to society because it encourages married couples to have children and provides an example for other couples to do the same. “First, Texas’s marriage laws are rationally related to the State’s interest in encouraging couples to produce new offspring, which are needed to ensure economic growth and the survival of the human race,” Abbott wrote.

He added, “Second, Texas’s marriage laws are rationally related to the State’s interest in reducing unplanned out-of-wedlock births. By channeling procreative heterosexual intercourse into marriage, Texas’s marriage laws reduce unplanned out-of-wedlock births and the costs that those births impose on society. Recognizing same-sex marriage does not advance this interest because same-sex unions do not result in pregnancy.” In the brief, Abbott concedes that same-sex marriage might have some positive effects for society, like increasing household wealth and adoptions or providing a more stable environment for children raised by gay couples. While there might be benefits, however, he said it’s for the Legislature, not the courts, to decide whether to expand the right to marry.