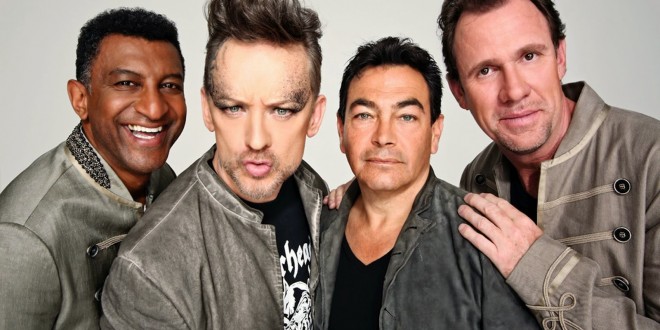 Boy George has posted two teasers from the coming Culture Club reunion album, which will be supported with a US and UK tour. This will be their first album in 26 years unless you count the 1999 flop Don’t Mind If I Do, which was not sold in America. The new album is produced by Killing Joke bassist Martin Glover, who under the moniker Youth produced for Erasure and The Verve.


It’s a shame as I would have preferred a deep tissue massage and a manicure! pic.twitter.com/Jn9KQzpl23
— Boy George (@BoyGeorge) October 14, 2014