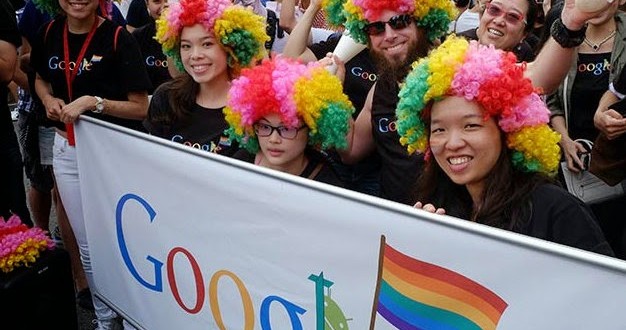 Yesterday the New York Times raved abut the difference between Taiwan and its Asian neighbors:

Waving rainbow flags and banners demanding same-sex marriage, the revelers set off from Taiwan’s presidential palace, drawing cheers and thumbs-up from spectators along the way. For the 13th year in a row, the gay pride march took over the streets of the capital on Saturday in a boisterous, freewheeling demonstration of how far Taiwan has come in the two decades since multiparty democracy replaced martial law and authoritarian rule. But the loudest applause rose when a Malaysian flag or a troupe of Japanese dancers in traditional folk outfits, envoys from more restrictive locales, were spotted amid the throng. When it comes to gay rights in Asia, Taiwan is a world apart. Openly gay and lesbian soldiers can serve in the military, and the Ministry of Education requires textbooks to promote tolerance for gays and lesbians. In recent years, legislators here have passed protections for gays, including a law against workplace discrimination. A bill to legalize same-sex marriage has been introduced in Taiwan’s legislature, although it still faces strong opposition from Christian activists and their allies in the governing Kuomintang. “Taiwan is an inspiration for much of Asia,” said Grace Poore, director of Asia and Pacific island programs at the International Gay and Lesbian Human Rights Commission. “They are way ahead of their neighbors.” With its lively news media, panoply of grass-roots organizations and a robust, if sometimes noisy, democracy, this self-governing island has become a beacon for liberal political activism across Asia.