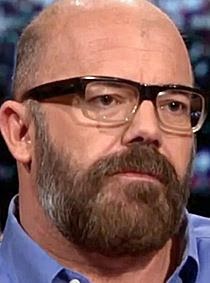 “The question here is whether the crime was solely a function of the homophobic hatred of two strangers who beat up and brutally murdered someone merely because he was gay. That’s the official line of the Matthew Shepard Foundation and the Human Rights Campaign. Of course these motives could also have been involved. I’m arguing that meth can explain all of it, but may not be the only factor involved. I can’t read the meth-addled minds of the foul murderers. I can detect bullshit from the gay rights establishment. No one wants to confess a meth robbery gone haywire, and they may have thought the gay panic defense might work – and it didn’t. The Matthew Shepard Foundation and the Human Rights Campaign should not be smearing and demonizing good faith work by a courageous openly gay journalist. They need to apologize, and correct the record. At some point, their convenient untruth must stop.” – Andrew Sullivan, responding to the uproar that followed after the Guardian this week published an essay in praise of the widely-debunked book which claims that Shepard’s murder was not an anti-gay hate crime. Sullivan has long opposed hate crimes laws.

On October 25, The Guardian published an article by columnist Julie Bindel titled “The truth behind America’s most famous gay-hate murder.” The report focuses on the widely discredited 2013 book The Book of Matt, in which author Stephen Jimenez attempts to make the case that Matthew Shepard’s brutal murder in 1998 was drug-related and not, as it is widely believed, motivated by anti-gay hate.

The book has been criticized for relying on shoddy sources and omitting key facts about the case, prompting the Matthew Shepard Foundation to condemn the book for being based on rumors and innuendo. Jimenez’s book has been described as “fictional” by the lead detective in the case. People familiar with the murder – including one of the killer’s appellate attorneys, Albany County Sheriff Dave O’Malley, and Albany County Undersheriff Robert Debree – have condemned the book as factually challenged.

But Bindel didn’t include those criticisms in her piece. Instead, she portrayed Jimenez as a victim of gay activists’ blind desire to hide the truth about Shepard’s murder. It’s unclear why Bindel failed to mention the numerous flaws with Jimenez’s book. She has previously been criticized for claiming that she chose to be gay and for making inflammatory comments about the transgender community.

Excerpts from the book have been published on many anti-gay sites and hate groups leaders frequently cite it as evidence that hate crimes laws are unneeded and exist only to stifle Christianity.