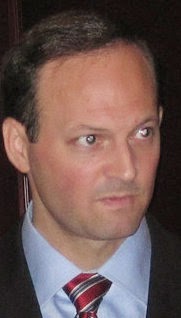 A rally Wednesday that was planned to put pressure on the state to overturn its constitutional ban on gay marriages instead turned into a celebration after the stunning decision by Charleston County Probate Judge Irvin Condon. The judge issued a license for Charleston County Councilwoman Colleen Condon and her partner Nichols Bleckley and at least 14 more for same-sex couples throughout the day. But state law requires all couples to wait 24 hours after applying to get their marriage license. Wilson’s office filed its paperwork just minutes before the state Supreme Court closed at 5 p.m. They are asking justices to rule before the 24-hour window closes Thursday morning. The justices gave no indication when they might rule. In their filing, attorneys for the state said the probate judge’s decision was premature. The attorneys said the legal issues around whether same-sex marriage is legal in South Carolina remain unsettled.

As the article notes, if the Court doesn’t rule tonight, today’s licenses become valid in the morning.