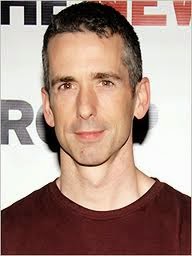 Quote Of The Day – Dan Savage

“Let’s take [Ross] Douthat at his word and just accept that it didn’t occur to him the event was a fundraiser even after the MC began soliciting donations from the stage during the event. Let’s focus on this this instead: Douthat isn’t apologizing for crawling into bed with the ADF, an organization that wants to send Douthat’s colleagues Frank Bruni (gay), Josh Barro (gay), Charles Blow (bi), and Jennifer Boylan (a trans woman married to another woman) to prison. He’s not apologizing for speaking before the ADF. He’s only apologizing for appearing at a fundraiser for the ADF. (Accidentally!)

NOTE: Savage is referring to Alliance Defending Freedom’s opposition to the 2003 Supreme Court ruling in Lawrence V Texas, which struck down sodomy laws nationwide. Here’s what the ADF wrote in March of that year.

Plaintiff’s arguments have serious problems, explained Jordan Lorence, senior counsel for the Alliance Defense Fund, a national legal organization based in Scottsdale, Arizona. “They are asking the court to convert itself into a national legislature and to determine state policy regarding marriage, family, and sexual conduct outside of marriage. They are asking the court to judge a case that has no court record on which to rule. The plaintiffs are asking the court to suddenly declare as unconstitutional certain laws which have existed in unbroken succession since before the founding of the country.” The ultimate goal of this case is not simply to end sodomy laws, Lorence explained. “Advocates of homosexual behavior would like to use a win in this case to advance their ambitious agenda. They want a court win to change the definition of marriage, because the real goal is to legalize same-sex ‘marriage.’ They want a win that will lift restrictions on homosexual conduct in the military, to legalize adoption by same sex couples, and to restrict free speech rights of individuals who have faith-based objections to endorsing, funding, or supporting homosexual behavior,” Lorence said.

NOT incidentally, quoted in that post is the ADF’s archenemy, then Houston City Councilwoman Annise Parker.