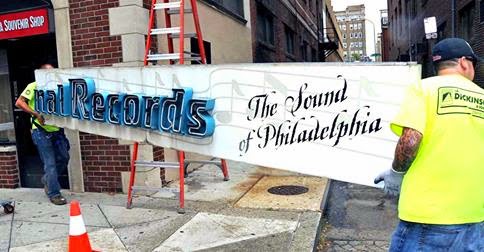 Philadelphia International Records, the label that with New York City competitor Salsoul Records is credited with helping launch the global disco phenomenon, has shut down.

The “Love Train” that has carried “The Sound of Philadelphia (TSOP)” to “people all over the world” for almost half a century made its last physical stop at 309 S. Broad Street this week as the legendary Philadelphia International Records label, founded by Rock and Roll Hall of Fame producer-songwriters Kenneth Gamble and Leon Huff, was officially shut down with the sale of its historic building to a prominent local developer. “The closing of the company and building is definitely bittersweet, but we are extremely proud and honored to have been able to create so much great music out of our ‘309’ location,” said Gamble & Huff in a joint statement. “It was such a blessing and miracle how all of this came together over 50 years. More importantly, we would like to thank all of the wonderful musicians, artists and staff members who helped make Philadelphia International Records what it became – and what it remains – an incredible African-American institution and music and cultural brand.”

The building will be demolished and a 40-story luxury condo will be built on the site. I could post dozens of Philly International tracks that would be familiar to most of you, but here’s just a few of their well-known smashes.