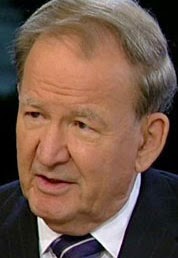 “Do the states have the right to outlaw same-sex marriage? Not long ago the question would have been seen as absurd. For every state regarded homosexual acts as crimes. Moreover, the laws prohibiting same-sex marriage had all been enacted democratically, by statewide referenda, like Proposition 8 in California, or by Congress or elected state legislatures. But today rogue judges and justices, appointed for life, answerable to no one, instruct a once-democratic republic on what laws we may and may not enact. Last week, the Supreme Court refused to stop federal judges from overturning laws banning same-sex marriage. We are now told to expect the Supreme Court itself to discover in the Constitution a right of men to marry men and of women to marry women. How, in little more than half a century, did the American people fall under the rule of a judicial dictatorship where judges and justices twist phrases in the Constitution to impose their alien ideology on this once-free people? The Supreme Court has ordered the de-Christianization of all public institutions in what was a predominantly Christian country. And the American people took it. Why was there not massive civil disobedience against this anti-Christian discrimination, as there was against segregation?” – Pat Buchanan, writing for Townhall.

Previous NORTH CAROLINA: GOP Tells Federal Court It Has No Jurisdiction On Marriage
Next The Empire Strikes Back Uncut