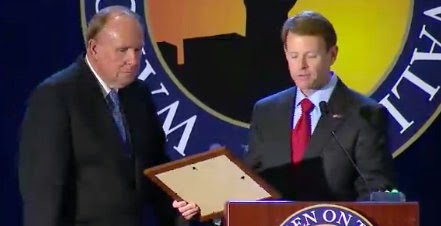 Jeremy Hooper writes at Good As You:

Pastor Ron Baity, the winner of the Family Research Council’s 2012 “Watchmen Award” for pastors, is a longtime marriage activist in the state of North Carolina. He’s led many major rallies at which all of the activists and lawmakers who have tried to keep the Tar Heel state discriminatory have shown up to lend their voice, and his organization earns credence from mainstream conservative activists. Now here is Mr. Baity warning his state of what’s to come now that marriage equality is the order of the day.