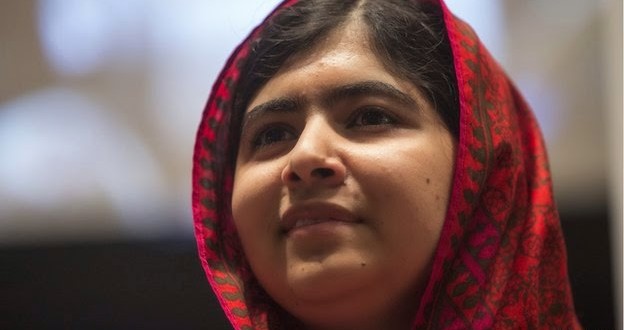 The Nobel Peace Prize was awarded Friday to India’s Kailash Satyarthi and Pakistan’s Malala Yousafzai for their struggles against the suppression of children and for young people’s rights, including the right to education. Thorbjorn Jagland, chairman of the Norwegian Nobel Committee, said, “Children must go to school, not be financially exploited.” Yousafzai came to global attention after she was shot in the head by the Taliban — two years ago Thursday — for her efforts to promote education for girls in Pakistan. Since then, after recovering from surgery, she has taken her campaign to the world stage, notably with a speech last year at the United Nations. Yousafzai said Friday that the award is a “great honor for me,” and that she’s honored to share it with Satyarthi. “I’m proud that I’m the first Pakistani and the first young woman or the first young person getting this award,” she said in Birmingham, England.

Yousafazai got the news this morning while in chemistry class.