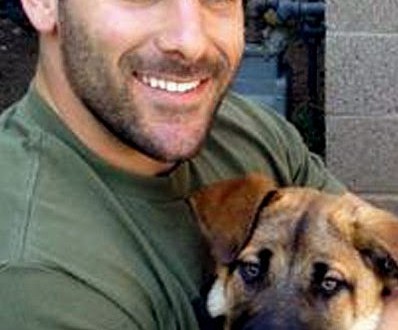 The National Post has named the soldier that was killed in today’s attack at Ottawa’s Parliament Hill. Corporal Nathan Cirillo, 24, a reservist based out of Hamilton, Ontario, was standing guard at the National War Memorial this morning when the attack began. Reuters has emerging details about the 32 year-old Canada-born gunman who was killed near the scene by 58 year-old Kevin Vickers, the Sergeant-At-Arms of the House Of Commons.

Canadian police were investigating a man named as Michael Zehaf-Bibeau as a possible suspect in the shootings, a source familiar with the matter said. Two U.S. officials said U.S. agencies had been advised the suspect was a Canadian convert to Islam. Security in Ottawa came under criticism after the gunman was able to run through the unlocked front door of the main parliament building. Police said an operation was under way to make parliament safe. “It caught us by surprise… If we had known that this was coming, we would have been able to disrupt it,” Gilles Michaud, assistant commissioner of the Royal Canadian Mounted Police, (RCMP) told a news conference. It was unclear whether there was any connection between Wednesday’s shootings and an attack on Monday when a convert to Islam ran down two Canadian soldiers with his car, killing one, near Montreal, before being shot dead by police in the first fatal attack on Canadian soil tied to Islamic militants.

Three others were shot, but their injuries are not life-threatening. Other possible gunmen continue to be sought and much of the area remains under lockdown at this writing. Earlier reports of a third shooting at a nearby shopping mall are being called untrue. Following the shooting, security was tightened at the Canadian embassy in Washington DC.

On Sunday, we asked a very handsome guard for a picture with my friend visiting from Cali – RIP Nathan Cirillo pic.twitter.com/q80EZ6nwmo— Megan Underwood (@megunder) October 22, 2014

The Globe & Mail has more about the shooter.

Federal sources have identified the suspected shooter as Michael Zehaf-Bibeau, a man in his early 30s who was known to Canadian authorities. Sources told The Globe and Mail that he was recently designated a “high-risk traveller” by the Canadian government and that his passport had been seized – the same circumstances surrounding the case of Martin Rouleau-Couture, the Quebecker who was shot Monday after running down two Canadian Forces soldiers with his car.