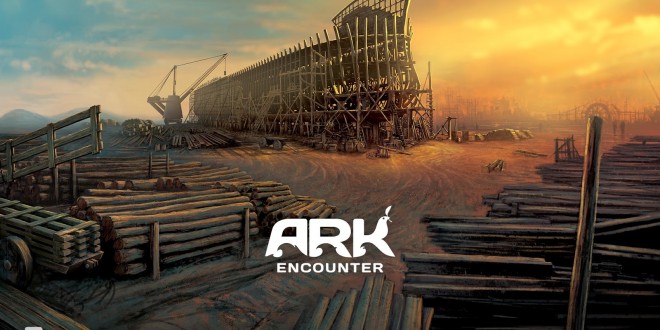 As I reported here recently, the Noah’s Ark theme park being constructed by Ken Ham’s Answers In Genesis requires job applicants to sign a pledge that they believe God drowned everybody in the world because he loved them so fucking much. This week the state of Kentucky warned Ham’s group that they may not get the demanded $18M in tax breaks if they refuse to hire non-Christians or Christians that simply do not believe in the so-called biblical flood.

State officials and Ark Encounter lawyers have exchanged letters in which the state threatened not to proceed with tax incentives for the park if there was discriminatory hiring practices, a state official confirmed on Wednesday. The letters between the parties came to light after the Louisville Courier-Journal and the Lexington Herald-Leader obtained them through open records requests. “We’re hoping the state takes a hard look at their position, and changes their position so it doesn’t go further than this,” Ark Encounter’s Executive President Mike Zovath told Reuters. Zovath, who is also co-founder of Answers in Genesis, said that if tax incentives for the project are withdrawn because it does not give written assurances the state now seeks, it would violate the organization’s First Amendment and state constitutional rights. Zovath said the state has added a requirement about hiring practices that is not part of the existing tourism tax credits law. But a state official said on Wednesday that everybody knows laws regarding hiring practices and that the states doesn’t need to elaborate them for companies seeking incentives.

We totally need a Satanist to apply for a job there.