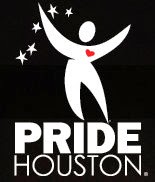 For the first since its inaugural event in 1979, next year’s Houston Pride will take place downtown instead of in the gayborhood of Montrose. Via ABC Houston:

The decision to move the Pride Festival from Montrose to downtown is getting mixed reviews from the LGBT community. Pride Houston held a community meeting today to explain its decision. The group says downtown provides more space, parking and access for first responders. Some people are excited about the expansion. While others feel the organization should have gotten more feedback first. Ferny Reyes, who opposes the festival move, said, “I think there are ways to make it work. And I don’t think they’ve been really truly reaching out to people in the wider community to figure out how that could happen.” On the other hand, others support the decision. “I think being in downtown with a park, having trees and grass with an expanded festival and having the parade go near city hall with fireworks at the end, it’s going to be very exciting for the city of houston,” Nicolas Brines said.

This weekend the Houston Chronicle published an editorial in support of the change.

The move downtown is a fabulous idea. It symbolizes how far the parade has come, the vibrancy and clout of Houston’s LGBT community, and the dizzying advances that the LGBT movement has achieved over the last decade. In 1985, when asked how to combat the spread of HIV, former Houston Mayor Louis Welch infamously joked, “Shoot all the queers.” Flash forward 30 years, and Mayor Annise Parker and first lady Kathy Hubbard have become the poster girls for a more diverse, tolerant and welcoming Houston, the subject of rapturous national profiles in the Wall Street Journal and cover stories in The Advocate.

Three decades ago, social conservatives in the Bayou City ran a roster of homophobic candidates dubbed “the straight slate” in an effort to take out then-Mayor Kathy Whitmire, who had championed a measure to prohibit discrimination in city hiring, firing and promotions. Today, City Hall is illuminated with rainbow lighting in honor of Pride in June, and in May, Houston City Council passed a nondiscrimination ordinance. If gay New Yorkers can exuberantly strut their stuff down the vast canyons of Fifth Avenue, then why can’t Houston’s GLBT community march boldly down Smith Street?

NYC’s parade does begin on Fifth Avenue, but it concludes in the West Village on Christopher Street.

RELATED: Houston’s pride parade became a nighttime event in 1997 at the behest of then City Council member Annise Parker.