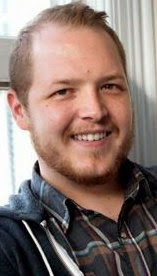 “As a gay man, I should hate Melissa and Aaron Klein. They’re the Portland-based Christian bakery owners who, in 2013, refused to make a cake for a lesbian couple’s wedding. And despite their insistence that they’re only morally opposed to gay marriage, not gays, they make their disdain for equality quite clear: ‘I didn’t want to be a part of her marriage, which I think is wrong,’ Aaron Klein recently said of one of the women he rebuked. I’m also an evangelical Christian. I can’t understand why Klein or any other Christians twist the words of Jesus Christ to justify this behavior. To me, it’s a deeply harmful and embarrassing bastardization of our faith. But I don’t hate the Kleins. In fact, I’m raising money to cover the $150,000 punitive fine they received from Oregon. [snip] To them I say: this is what an olive branch looks like. I am not rewarding their behavior, but rather loving them in spite of it. It is time for these two communities, which both cite genuine love as our motivation, to put aside our prejudices and put down our pitchforks to clear the path for progress.” – Matt Stolhandske, writing for the Washington Post.