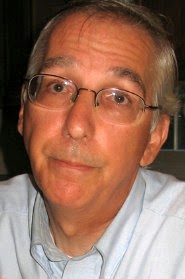 Eugene Delgaudio Has The SCOTUS Sadz

Eugene Delgaudio would like you to know that he made a recorded interview to with the media to express his outrage with the Supreme Court. Via press release:

Today with the announcement by the Supreme Court that they would not hear appeals to uphold traditional marriage we enter a new phase to preserve America’s traditional values. We will not surrender the defense of marriage or the right to free speech for Christians and all those Americans who believe in traditional values. I promise you one liberal jurist, John Roberts, in a gown is not going to stop millions of determined traditional marriage believers in our right to proclaim traditional marriage and our moral values. Not without a fight. With this decision, the Supreme Court has stripped hundreds of millions of Americans of the Right to Vote their beliefs and protect their communities and families as they see fit. It is now Supreme Court precedence that Freedom of Speech and the Right to Vote are only recognized so long as they are approved by the Liberal Establishment.

Delgaudio goes on to vow to personally vet all future Senate candidates to make sure they will only support the nomination of an anti-gay Supreme Court justice.