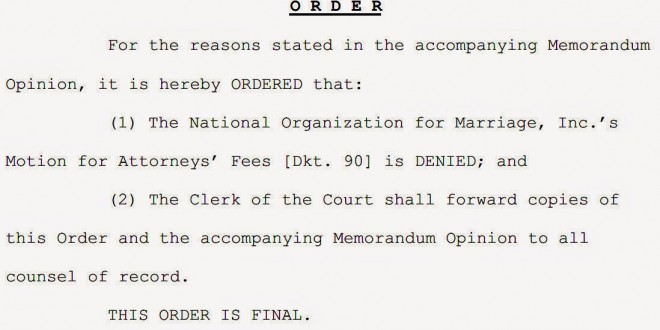 Court To NOM: No, You Don’t Even Get Legal Fees For Your Failed IRS Lawsuit

Back in June a federal court declared that NOM had not “produced a shred of proof” that their donor information had been deliberated leaked to the Human Rights Campaign. The government did agree to pay NOM $50K for the “unintentional disclosure” of that information, prompting chairman John Eastman to hit Fox News and every teabagger site to declare victory – even though NOM actually lost their lawsuit, a pesky detail that none of those outlets reported. Today NOM lost again when the same court told them to suck it regarding their legal costs. BOOM. Anybody know how much they won’t be getting?