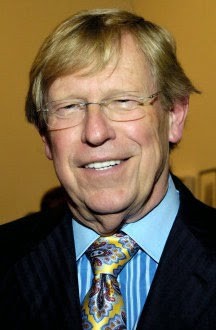 AFER’s Ted Olson: The SCOTUS Decision Was The Highlight Of My Life

“It does seem to suggest, if I was a federal judge, I would read today’s decision as saying that the opponents, if they still exist, on the Supreme Court of marriage equality have decided they don’t want to get into this and they sort of feel that the federal judges — one after the other, after the other, after the other — are getting it right and at this point they ought to just leave it alone. We believe, those of us who have been involved in this effort, that the Supreme Court having decided not to overturn or not to even review the decisions of these circuit courts ultimately will grant that same right and that same privilege to people all over the United States. To see the United States Supreme Court recognize in this way the love of these individuals and the happiness that they will soon be able to experience is the highlight of my life.” – Ted Olson, speaking to Metro Weekly.  Olson, with fellow AFER attorney David Boies, represented Timothy Bostic and Tony London in their suit against Virginia.

Previous Today’s Winning Message From The GOP
Next NYT To SCOTUS: Why Are You Waiting?