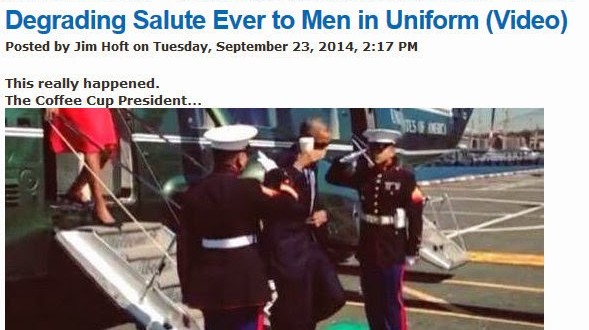 Virtually every site in Teabagistan this afternoon erupted in manufactured outrage because the president saluted with a coffee cup in his hand as he rushed off a helicopter to attend the General Assembly at the United Nations. Leading the charge as usual is Jim Hoft at Gateway Pundit, who you might know by his title as “The Stupidest Man On The Internet.” Seriously, just ask Google.

I sent Hoft the picture below – so of course he immediately blocked me. Hoft is a favorite target of Little Green Footballs and Wonkette, both of which have posted numerous hilarious recaps of his outrageous assholery.