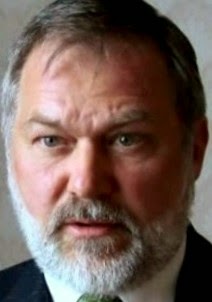 Scott Lively: The Human Rights Campaign Has Targeted Me To Be Murdered

“The so-called Human Rights Campaign (HRC) has taken a page from the left wing hate group Southern Poverty Law Center (SPLC) and published a new report called ‘The Export of Hate.’ A’ la SPLC, this publication is nothing less than an enemies list designed to help people like ‘gay’ activist Floyd Lee Corkins identify their assassination targets. I have special cause for concern in this matter because I am listed by HRC as Target #1. Not every ‘gay’ activist is physically violent, thankfully. Most limit their ‘human rights advocacy’ to harassment, intimidation and slander. But make no mistake, if they thought they could get away will killing every person on the HRC and SPLC hit lists, they would do it. They smolder with malicious hatred against anyone who stands in their way.

“I believe they are now deliberately trying to incite murder against me and every other person on their enemies list. That might have sounded a bit paranoid in years past, but post-Corkins it is just cold hard fact that some ‘gay’ activists are incited to murder by inflammatory leftist rhetoric. The HRC knows that, and yet their rhetoric in this Exporting Hate publication is MORE inflammatory than the SPLC’s rhetoric the drove Corkins over the edge! Because I am a Bible-believing Christian I am not afraid of death. But neither am I volunteering for martyrdom. As of today I am for the first time going to start taking precautions against the possibility of being assassinated by agents of the LGBT movement. For one thing, I will no longer publicize my travel schedule in advance. And I am demanding a retraction and public apology from both HRC and SPLC. To both of them I insist: STOP INCITING HATE BEFORE YOU GET PEOPLE KILLED!!!!!” – Scott Lively, who has incited violent hatred in Uganda, writing for BarbWire.