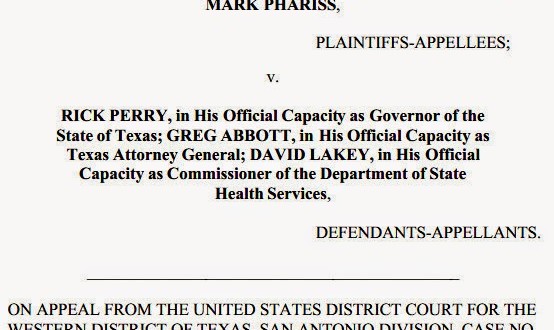 Robert Oscar Lopez To Fifth Circuit: Stop Gay Marriage Because I Was A Prostitute

Homocon horcrux Robert Oscar Lopez has filed a deranged amicus brief with the Fifth Circuit Court of Appeals in support of the ban on same-sex marriage in Texas. According to Lopez’ brief, gay parents escape punishment for abusing their children because child welfare authorities fear appearing bigoted. The brief goes on to accuse Frontiers writer Karen Ocamb of “issuing an invitation for people to harass or even attack me physically” because Ocamb wrote a post which named his workplace, which is California State University-Northridge.

Lopez goes on whine about activists Jeremy Hooper, Wayne Besen, and Zack Ford for daring to describe him as “anti-gay.” (Sadly, yours truly does not appear in the brief.) And then there’s this recounting of Lopez’ alleged days as a gay prostitute:

I believe it was around 1987 that I first had a man offer me payment in exchange for having sex in the back of his van. My first time being paid for sex brought me a mix of shame and further compulsion. I became a habitual sex worker by the age of sixteen in various cruising spots where older men told me I could find other customers; these included public parks, the bathrooms in 24-hour supermarkets, community sports centers, and certain spaces in Lockwood Library of the State University of New York at Buffalo, where I had sex with graduate students, janitors, and professors well over twice my age. The money I received for sex certainly helped me financially because it allowed me certain spending money beyond what I earned with my teenage jobs at a pizzeria and in my mother’s clinic. But the money was not as impactful as the fact that I needed to feel loved and wanted by an older male figure, even if for only as short as a half hour.

Much of the rest of the brief defends the debunked work of discredited researcher Mark Regnurus. Read the full brief in all its entertaining batshittery at Equality Case Files.

PREVIOUSLY ON JMG: In April 2014 Lopez filed an anti-gay amicus brief in support of Virginia’s ban on same-sex marriage. Last March 2014 Lopez declared that gay men are turning surrogate mothers into breeding slaves. Last year, in addition to appearing on stage at an anti-gay Manif Pour Tous rally in France that was supported by neo-Nazis, Lopez testified against LGBT equality before several state legislatures and he co-signed an anti-gay homocon brief to the Supreme Court in support of DOMA. You really must read the Media Matters take on Lopez’ trilogy of gay erotica.