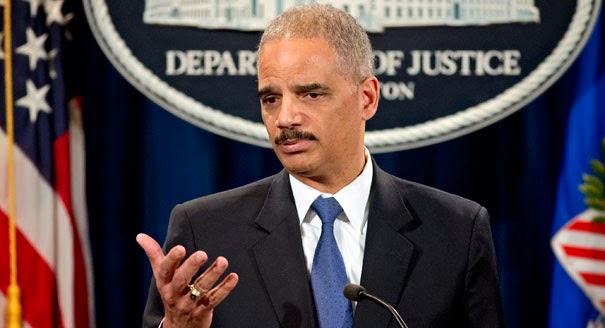 “Once again, Attorney General Eric Holder and the Obama Administration have stood up for marriage equality at a critical moment,” said HRC President Chad Griffin.  “As the nine justices of the U.S. Supreme Court gather on Monday to evaluate several marriage equality cases for full hearing, I hope they consider two facts—that the nation is ready for marriage equality, and that there are painful consequences to inaction. Committed and loving gay and lesbian couples can’t afford to wait any longer. It’s time to settle this constitutional question, once and for all.” On Monday, September 29, the Supreme Court will be considering which cases pending before them will be chosen to hear on appeal.

Included amongst the cases they’ll be considering are marriage equality cases from five states – Utah, Oklahoma, Virginia, Indiana and Wisconsin. Earlier in the year three federal appeals courts upheld lower court decisions that ruled state bans on marriage equality are unconstitutional. We could know soon thereafter whether or not one or more of these cases has be granted certiorari – meaning the Court has taken up the case(s) – though the court could delay making a decision for weeks or even until next term. Recently Justice Ruth Bader Ginsberg told an audience that there is “no rush” to take up a case, especially if the Sixth Circuit Court of Appeals continues the current streak of circuit courts striking down state marriage bans.

John Aravosis at Americablog is suggesting caution until we see exactly what Holder said.

Previous Tony Perkins: Jeb Bush And Chris Christie Were Not Invited To FRC Hate Summit
Next Chelsea Clinton Has A Daughter