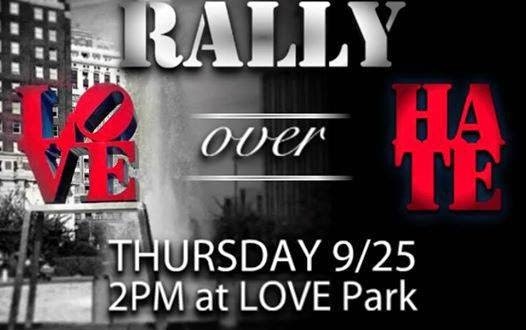 PHILADELPHIA: Activists To Rally For Passage Of Hate Crimes Bill

More than a week later, the story of two gay men savagely beaten in Center City continues to spread. Yesterday, as police sources said detectives were nearing the end of their investigation, word reached Harrisburg, where state legislators are calling their colleagues to action. “The gay guy in me and the Philly guy in me are pissed,” said state Rep. Brian Sims, “but I’m a legislator, and my job is to change policy. If we can do anything to draw enough attention to this to give the hate crime bill some buoyancy, we need to do it.”

Sims, a Democrat whose district includes the site of the attack, is organizing a rally Thursday in LOVE Park, at which officials and members of the city’s LGBT community will push for change in Pennsylvania’s hate-crime law. He’s joined in his efforts by state Sen. Larry Farnese – a Democrat whose district serves parts of North Philly, Center City and South Philly – who will hold a news conference inside the Capitol on Tuesday. “It upsets me that it takes something like this, a horrific assault, to cast light on the fact that Pennsylvania is woefully behind in protecting its people,” Farnese said last night. “We should not have to hold press conferences on equality in 2014.”

Detail on the rally are at Sims’ Facebook page.

Previous Billboards Of The Day
Next SF Might Distribute Free Truvada