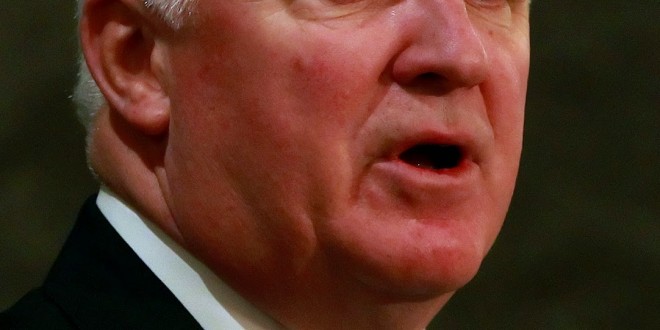 Pennsylvania Governor Tom Corbett yesterday finally issued a condemnation of the brutal mob gay-bashing in Philadelphia that has gotten national headlines for two weeks, but his office refused to say whether Corbett supports the renewed push for a statewide hate crimes law. Tony Meverick reports at Buzzfeed:

The proposed hate crimes bill has the support of Democratic gubernatorial candidate Tom Wolf, who presently has a substantial polling lead over Corbett. A rally in support of the bill will be held in the Pennsylvania statehouse today by state Rep. Brendan Boyle, who has bucked other pro-LGBT legislators by saying that the bill has a chance of passage in the current session. Boyle is the Democratic nominee for the US House in Pennsylvania’s 13th congressional district.

RELATED: Yesterday the Philadelphia police commissioner announced that the investigation into the gay-bashing has concluded and that charges against some of its participants are imminent.

Charles H. Ramsey said Monday that the department has concluded its investigation into a Center City assault that left a gay couple seriously injured – and that the District Attorney’s Office is now reviewing the case. “We feel that there is sufficient evidence to have charges placed against some of the individuals there,” Ramsey said in an interview. As prosecutors review differing accounts of the Sept. 11 incident, the case has spurred calls for changes to the state’s hate-crime statute, which does not cover crimes motivated by sexual orientation. On Monday, Ramsey also said he supports modifying the state law, which he said “needs to change, and change very quickly.” “There’s no statute, unfortunately, that adds sexual orientation to the hate crime statute – which is a shame. There should be. No question about that,” he said. With that, the commissioner joined a growing number of legislators who have spurred a renewed push to expand the current law.