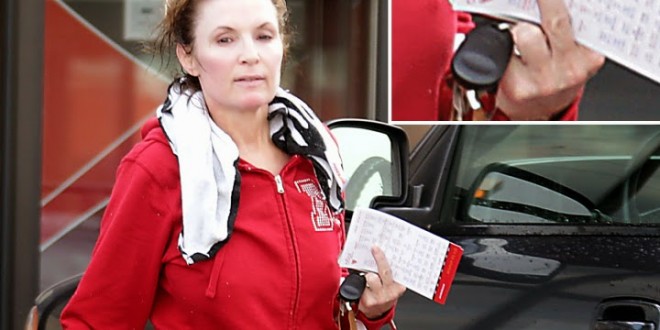 Christian hero Sarah Palin, seen above this week flipping the bird to paparazzi as she exited a yoga class sans make-up and sans wedding ring, was today announced as a headliner at next weekend’s Family Research Council Values Voter Summit. Tony Perkins is thrilled:

“We are pleased to announce that Governor Sarah Palin has been confirmed to appear at this year’s Values Voter Summit. Governor Palin has always been a steadfast supporter of natural marriage and every human’s right to life. She not only ‘talks the talk’ but also walks by her convictions. We are proud to stand with the Governor and are honored to have her presence, for the first time, at the Values Voter Summit,” concluded Perkins. The ninth annual Values Voter Summit will be held from September 26-28 at the Omni Shoreham Hotel in Washington, D.C. FRC Action’s Values Voter Summit is cosponsored by AFA Action, American Values, Liberty Institute, Liberty Counsel, Liberty Counsel Action, and Family Research Council. The Values Voter Summit annually draws thousands of social conservatives from across the country. An exhibit hall, book signings, radio row, new media row, and much more will be packed into this three-day conference.