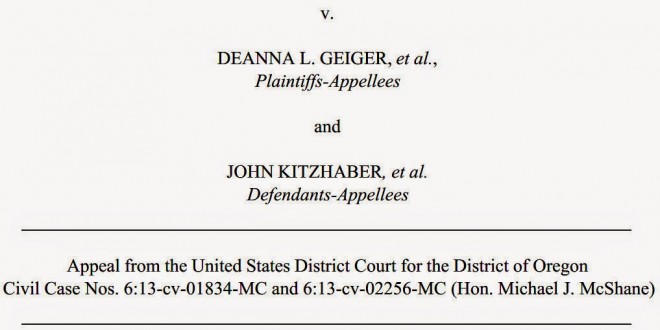 Included in the filing are dozens of attachments which NOM claims bolsters its accusation that the Oregon attorney general’s office colluded with the plaintiffs in the case.

On September 10, 2014, I was able to quickly review some of the documents in the production and learn that there had been a high degree of cooperation between attorneys for Plaintiffs and attorneys with the Office of the Attorney General in the underlying litigation challenging the constitutionality of Oregon’s state constitutional definition of marriage passed by voters as Measure 36 in 2004, and that this cooperation began even before the lawsuit was filed. As a result of that quick initial review, co-counsel and I determined to include reference to these documents in NOM’s petition for rehearing en banc, with a promise of this declaration to follow, because the documents demonstrate a lack of adversarialness sufficient to raise serious questions about the jurisdiction of the court below to have issued the broad-ranging declaratory and injunctive relief that it issued.