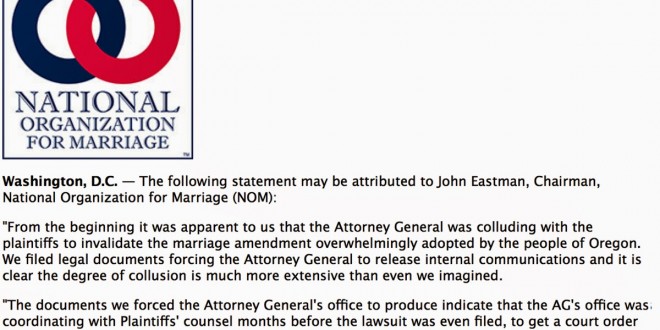 NOM chairman John Eastman today accused Oregon’s attorney general of colluding with marriage equality plaintiffs in a post that was almost immediately deleted from NOM’s blog, but not before Good As You blogger Jeremy Hooper captured the above screenshot. A larger version of the above image is here. As you surely know, courts have repeatedly denied NOM’s attempts to intervene in Oregon’s same-sex marriage battle. These attempts continue even though gay couples have been marrying in Oregon for more than four months.