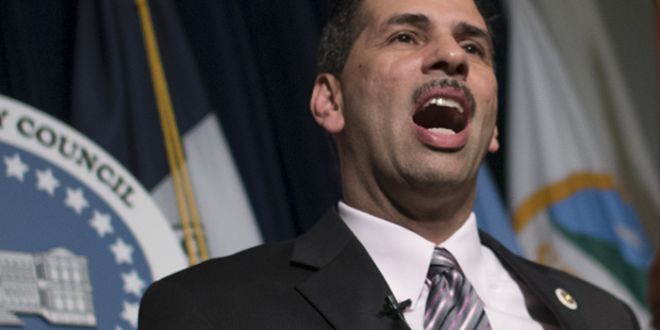 At a time when that government was trying to enact a harshly anti-gay law –– sidetracked at least for the moment by a court ruling –– that includes jail time even for those who fail to report knowledge of homosexual conduct, Cabrera decried the rise of “cultural shifters going after our young.” Those “cultural shifters” –– which he compared to Communists, the Nazi regime, and the North Korean government –– were influential enough in the US, he asserted contrary to fact, that the American government is trying to punish Uganda for not allowing gay marriage. “We are in the middle of a war,” Cabrera declared from Uganda. “A war for our children.” Always known for harshly conservative views on social issues –– he was active in the movement to block marriage equality in New York, has ties to the extremist Family Research Council, and is anti-choice –– Cabrera nonetheless sparked fresh outrage when the Uganda video emerged. The Empire State Pride Agenda, LGBT Democratic clubs, and the six gay and lesbian members of the Council urged his prominent supporters –– unsuccessfully in the case of Harlem Congressman Charlie Rangel and Public Advocate Letitia James –– to withdraw their endorsements.