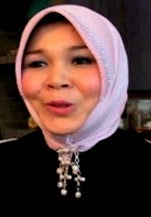 In May 2013 the deputy mayor of the capital city of Indonesia’s Aceh province proposed criminalizing homosexuality with a punishment of one hundred public lashings with a cane. Yesterday that law was presented to the provincial legislature.

Aceh is the only part of the world’s biggest Muslim-majority nation to enforce Islamic sharia law and has been slowly implementing it since 2001, when it gained some powers of autonomy. A draft bylaw sent to AFP on Saturday outlaws anal sex between men and “the rubbing of body parts between women for stimulation”, and for the first time applies Islamic laws and punishments to non-Muslims. The bylaw also punishes adultery with 100 lashes of the cane. The bylaw reinforces previous sharia legislation that bans alcohol consumption, gambling, fraternising between unmarried men and women, and physical displays of affection outside of marriage, such as touching and kissing. Canings in Aceh are often carried out with a long thin rattan stick and are aimed at humiliating, rather than causing pain. The bylaw allows for fines paid in gold or jail time as an alternative to the lashes.

An estimated 98% of Aceh’s 4.5 million residents are Muslim. LGBT rights
are virtually nonexistent across Indonesia, although a national bill to
criminalize gay sex failed in 2003. Yesterday’s action was gleefully noted on Twitter by Martin “Eat Da Poo Poo” Ssempa, who retweeted the message, “God bless Indonesia.”