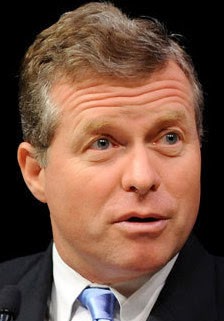 “I support Israel, but what Senator Cruz did was outrageous and incendiary. He showed a true lack of sensitivity for the people he was speaking to, especially the religious leaders who were there. It was a political speech, inappropriate and, overall, an uncomfortable moment. He was speaking to people outside of the building. It was a willful and deliberate confrontation, and very self-serving.” – Rep. Charlie Dent (R-PA), speaking about Sen. Ted Cruz being booed off the stage at an event for Arab Christians.

UNRELATED: Dent is one of eight House Republicans to have endorsed same-sex marriage.