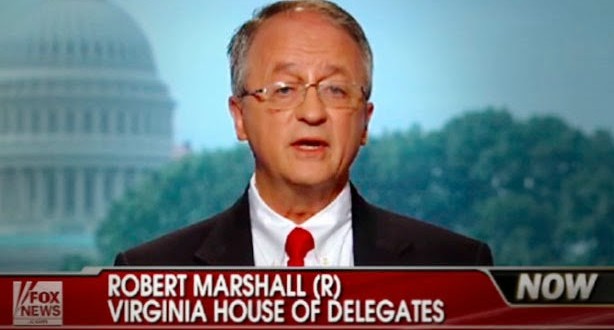 “New York’s Cardinal Dolan, appointed as Grand Marshal of the 2015 St. Patrick’s Day Parade, praised the decision to allow an openly gay group to march in the St. Patrick’s Day Parade. ‘I have no trouble with the decision at all. I think the decision is a wise one,’ he said. Perhaps organizations which advocate to legalize prostitution and pornography should also be permitted to march? What about promoters of euthanasia for the elderly and disabled or those who champion physician assisted suicide? Where does Cardinal Dolan draw the line? As society continues to disregard what America’s Founders wrote about the laws of Nature and Nature’s God, the moral fabric of our nation is disintegrating to the point of becoming thread bare, unable to hold together even the most basic values upon which our nation was founded. For a Church authority to embrace political correctness at such a time will have consequences which extend far beyond the parade route.” – Crackpot Virginia state Del. Bob Marshall, writing for the Family Research Council.

PREVIOUSLY ON JMG: In February 2014, Marshall filed an amendment that would grant Virginia state legislators the right to claiming standing in marriage lawsuits. In September 2013, Marshall petitioned the US Supreme Court to overturn Virginia’s legalization of sodomy. In May 2012, Marshall attempted to block the appointment of an openly gay state judge because the nominee has “an illegal husband.” In 2011, Marshall claimed it is a felony for a state office to fly the rainbow flag. Marshall has also called on Virginia to issue its own currency, and has claimed that God punishes women who have abortions by giving them deformed children. After the DADT repeal bill passed, Marshall tried to have gays banned from the Virginia National Guard.