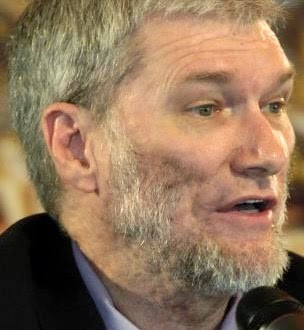 Creation Museum head Ken Ham will headline a conference for a group that advocates for a new Christian America to be carved out of the southern states. Warren Throckmorton reports:

Founder of the young Earth Creation Museum Ken Ham accepted the donation of a dinosaur from Michael Peroutka’s foundation in May 2014. Now Ham is going to headline an event with Peroutka and [Pastor] David Whitney and put on by Peroutka’s Institute on the Constitution. Peroutka is a member and former board member of the League of the South; Whitney is the chaplain of the Virginia/MD chapter of the League. The League of the South advocates for the Southern states to secede to form a homeland [of] whites of European heritage. Peroutka has pledged the resources of the IOTC to the work of the League, and Peroutka defended the League as a Christian group. Ham’s decision to partner with IOTC indicates the reach that the IOTC has developed within the Christian right. The IOTC claims to properly represent and teach the Constitution. However, David Whitney teaches that only Christians should be allowed to be citizens.

Pastor Whitney, who has testified against LGBT rights before state legislatures, has also called for murdering abortion providers: “We need to understand that there is such a thing as Biblically justifiable homicide.” (Tipped by JMG reader Arthur)