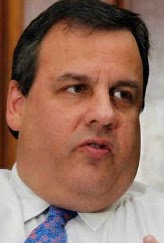 Behind closed doors at David Koch’s Upper East Side apartment Friday night, Gov. Chris Christie told conservative donors that he has shed 85 pounds since undergoing weight loss surgery last year. The governor’s appearance – inside Mr. Koch’s sprawling 18-room duplex – was strictly off limits to the press, but a guest told us that Mr. Christie was pressed by donors about his health. He did not reveal his current weight, although he said he understood he had to slim down if he wanted to move beyond Trenton. And he brought the house down with a joke: “A doctor once told me you have to have the right relationship with the food you eat. And believe me, for many years, I had a great relationship with the foods I ate.” As he eyes a 2016 presidential bid, Mr. Christie has been assiduously courting Mr. Koch, founder of the advocacy group Americans for Prosperity, the beneficiary of the event.

According to a recent polls, Christie trails Hillary Clinton by nine points in a prospective 2016 match-up.