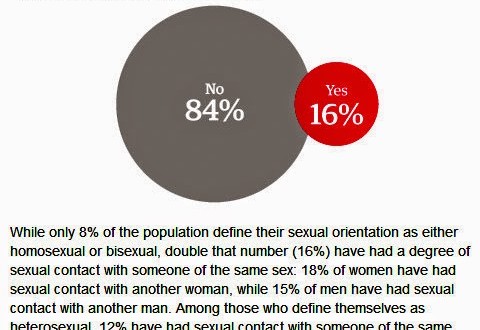 British Survey: 16% Have Had Gay Sex

A dwindling number of Brits believe that homosexuality should be made illegal again.

Attitudes to homosexuality are clearly becoming more liberal but there are still pockets of resistance. In total, 16% of Britons continue to believe that homosexuality should be outlawed. Men (19%) are more likely than women (13%) to advocate the banning of gay sex, and rejection of homosexuality peaks in London and the south-east, where more than one in five (21%) feel it should be illegal. However, at a total level, the proportion of Britons who believe gay sex should be illegal has reduced by eight percentage points, from 24%, since 2008.

According to the same survey, same-sex marriage support stands at 63%.