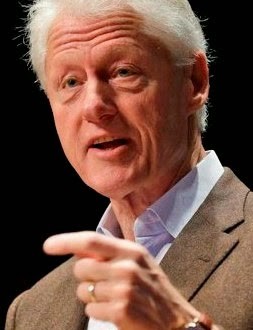 The Human Rights Campaign (HRC), the nation’s largest civil rights organization working to achieve lesbian, gay, bisexual, and transgender (LGBT) equality, announced today that President Bill Clinton will deliver the keynote address at the 18th Annual HRC National Dinner to be held on Saturday, October 25, 2014, in Washington, DC. “President Bill Clinton is a transformational leader for our nation and the world,” said HRC President Chad Griffin. “His ability to build partnerships around the globe and harness the power of human potential is truly remarkable, and we are thrilled he will be returning as our keynote speaker for our national dinner.”
After leaving the White House, President Clinton established the Clinton Foundation with the mission to improve global health, strengthen economies, promote health and wellness, and protect the environment. In addition to his Foundation work, President Clinton has served as the top United Nations envoy for the Indian Ocean tsunami recovery effort and as the UN Special Envoy to Haiti. Today, the Clinton Foundation is supporting economic growth, capacity building, and education in Haiti. President Clinton attended HRC’s first national dinner in 1997.

The event is already sold out.