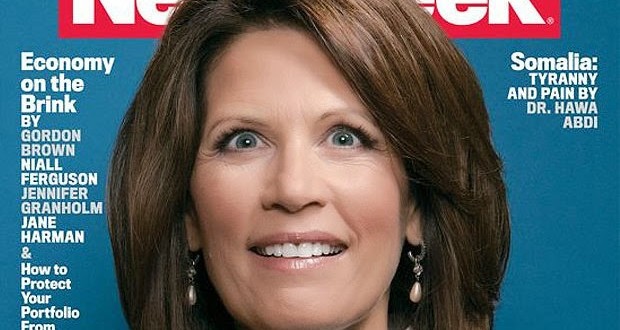 During the FRC’s hate summit, soon-to-be former Rep. Michele Bachmann told Michelangelo Signorile that gay marriage is no longer an issue, adding, “In fact, it’s boring.” After being called out by fellow wingnuts like Bryan Fischer, Crazy Eyes is walking back that comment. Via World Net Daily:

“What I said is that this won’t be the issue that drives the 2014 election,” Bachmann said. “I told the reporter it’s getting boring having them only press this issue with Republicans while ignoring Democrats. “The media loves to divide us on this issue. They look for something all the time,” Bachmann told WND. “I said nothing different. I’m the woman who carried the traditional marriage amendment in Minnesota, and I stand firm in my belief that marriage should be between one man and one woman.” Bachmann’s aide told WND she wasn’t brushing off the radio host, she was merely making a quick, parting comment as she was leaving. Though the topic of marriage has been a hot-button issue in the last few elections, several states have begun issuing same-sex marriage licenses, and candidates for 2014 have had less to say on the matter.

Previous MEXICO: Thousands Protest Legalization Of Gay Marriage In State Of Coahuila
Next Tweet Of The Day – Benjamin Netanyahu