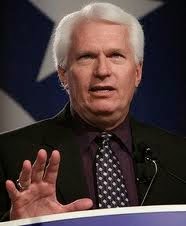 American Family Association: Atheists Should Be Banned From US Military

“This is an absolutely foundational, non-negotiable, bed-rock American principle: there is a Creator – with a capital ‘C’ (you could look it up) – and he and he alone is the source of the very rights the military exists to protect and defend. An individual who does not understand and believe this has no right to serve in the U.S. military. Military service should rightly be reserved for those who believe in and are willing to die for what America stands for – and what America stands for is a belief in God as the source of our rights. A man who doesn’t believe in the Creator the Founders trusted certainly can live in America without being troubled for being a fool. But he most certainly should not wear the uniform.” – Bryan Fischer, writing for the American Family Association.

RELATED: There is a very freepable poll at the link.