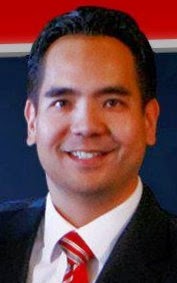 Via the LDS-owned Deseret News:

Utah on Tuesday became the first state to ask the U.S. Supreme Court to weigh in on a law banning same-sex marriage that two lower courts have struck down. The Utah Attorney General’s Office filed the petition with the high court, saying it has a responsibility to defend the state constitution and its amendments as Utah citizens have enacted them. “We recognize this litigation has caused uncertainty and disruption and have accordingly tried to expedite its resolution as quickly as possible by filing our petition a full month and a half before its September 23 due date,” Attorney General Sean Reyes said in a statement.

“Utah welcomes a speedy grant of the petition and a Supreme Court merits decision, as all Utah citizens will benefit when the Supreme Court provides clear finality on the important issue of state authority to define marriage.” The petition doesn’t necessarily mean the Supreme Court will hear Utah’s case, Kitchen v. Herbert. The justices could have at least six appellate decisions to consider if they take up gay marriage again in court’s next term, beginning Oct. 6. The 10th Circuit Court of Appeals in Denver overturned same-sex marriage bans in Utah and Oklahoma in June and July, respectively. The 6th Circuit in Cincinnati will hear arguments Wednesday for Ohio, Michigan, Kentucky and Tennessee. The 7th Circuit in Chicago is set for arguments on Aug. 26, and the 9th Circuit in San Francisco for Sept. 8.

Notices of appeal to SCOTUS have also been filed by the clerk for Oklahoma’s Tulsa County and the clerk for Virginia’s Prince William County, both of which were done by the Alliance Defending Freedom. Neither have yet been formally filed. (Tipped by JMG reader Alison)

Dig into the filing.

UPDATE: A quick search reveals that the word “religion” only appears seven times in the lengthy brief. Appearing 36 times is “gay” and “same-sex” is in there a whopping 236 times. NOT mentioned in the brief: “Regnerus” and “God.”

Today, the Utah state officials defending the state’s ban on marriage for same-sex couples filed a petition with the Supreme Court of the United States asking the Court to review a June 2014 decision by the United States Court of Appeals for the Tenth Circuit striking down the Utah ban. The plaintiff same-sex couples in the case—Kitchen v. Herbert—are represented by Peggy Tomsic of the Salt Lake City law firm of Magleby & Greenwood, P.C., and the National Center for Lesbian Rights (NCLR).

Said Tomsic: “We respect the State’s right to seek review of its own law in the highest Court in the land, but we also respectfully, and vehemently, disagree with the notion that States can deny one of the most foundational rights to the millions of same-sex couples living across this great land. We look forward to reviewing the Petition filed by Utah’s excellent lawyers, and to responding to it in due course.”

Added NCLR Legal Director Shannon Minter: “We respectfully disagree with the State of Utah’s lawyers. Utah’s same-sex couples and their children are continually harmed by the enforcement of measures that deny them equal dignity, security and protection. We will carefully review the State’s petition to determine the response that will best advance our goal of winning for all Utahns the freedom to marry the person they love, and to have their marriages treated the same as other couples’ marriages.”

Previous One Million Moms Vs Radio Shack
Next Crazy Eyes: All Money Sent Home By Immigrants Should Be Taxed At 100%