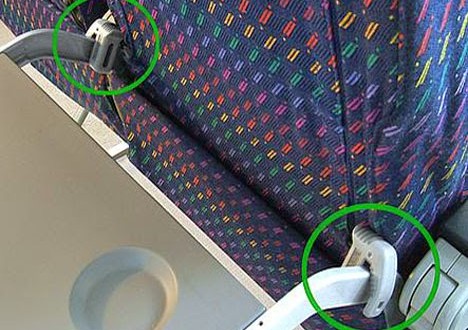 United Airlines diverted a flight from Newark to Denver after two passengers got into a fight over the Knee Defender, which prevents the seat in front of you from reclining.

The fight started when the male passenger, seated in a middle seat of row 12, used the Knee Defender to stop the woman in front of him from reclining while he was on his laptop, according to a law enforcement official with knowledge of the situation who spoke on condition of anonymity because they are not authorized to speak. A flight attendant asked him to remove the device and he refused. The woman then stood up, turned around and threw a cup of water at him, the official says. That’s when United decided to land in Chicago. The two passengers were not allowed to continue to Denver. Both passengers were sitting in United’s Economy Plus section, the part of the plane that has four more inches of legroom than the rest of coach.

Both passengers were booted off the plane in Chicago. No charges have yet been filed. United Airlines forbids the use of devices like the Knee Defender and the FAA has said that decision is up to each carrier.